The spelling bee for English major students from levels 3 and 4 took place on Tuesday, November 10th. The initial turnout was much smaller than at the first spelling bee (for levels 1 and 2), but it gradually grew to a sizable one and remained consistent for the duration of the event.

The Dean of the Faculty of Languages and Translation, Dr. Abdullah Al Melhi, opened the event with a speech in which he stressed the importance of improving one's English spelling skills, setting the tone for what was to follow.

Just over fifteen students started out in round 1. They were asked words from a pre-randomized list of 425, arranged by syllable from one-syllable to six-syllable words. The initial rounds drew words from the one- and two-syllable word lists but the words got progressively longer and harder in subsequent rounds. Finally, only upper-level vocabulary terms such as "nonchalant," "aggressive," "approximate," "protagonist" and "extraordinary" were asked. Each final attempt by an individual contestant was followed by the projection of the correct spelling and pronunciation, as well as a sample sentence or phrase (the latter all taken from the online Cambridge Dictionary), on the screen behind the students for the benefit of the audience.

There was a core of contestants who acquitted themselves extraordinarily well, and it became apparent that none of the final "three men standing" after a total of 16 rounds were going to be eliminated, not even if they were subjected to another 16 rounds. It was therefore wisely decided to award first prize to all three of them. These students were Abdullah Qasem Haroubi, Abdulrahman Ali M Alasmari, and Yahya Mohammad Asiri. The second and third prize went to Faisal Al Faifi and Muhammad Salem Saeed Alshehri respectively. We congratulate all these students on their sheer determination and the thoroughness of their preparation.

The Vice Dean for Academic Development and Quality, Dr. Abdulkhaleq Al Qahtani, concluded the event with a short speech and proceeded to hand over the prizes to the winners, committee members and teachers who had mentored the students for the competition, assisted by the English Club committee members.

Overall it was a very successful event, with great educational benefit to both the participants and audience members. Several audience members remarked on the high level of the competition, and longtime faculty members pointed out the significant progress made in this regard over the last few years.

Source: The Faculty of Languages and Translation 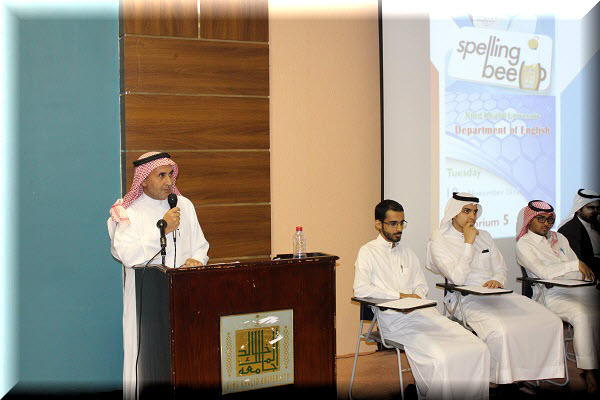 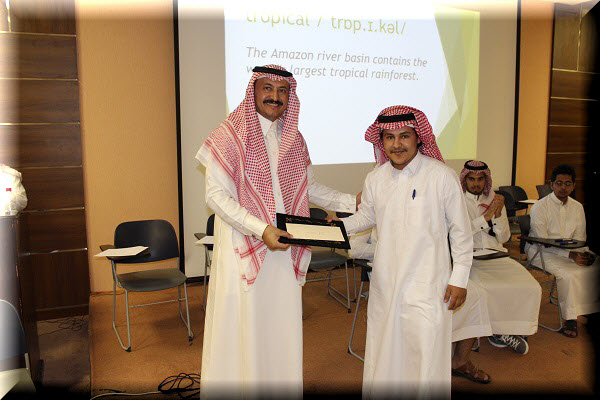 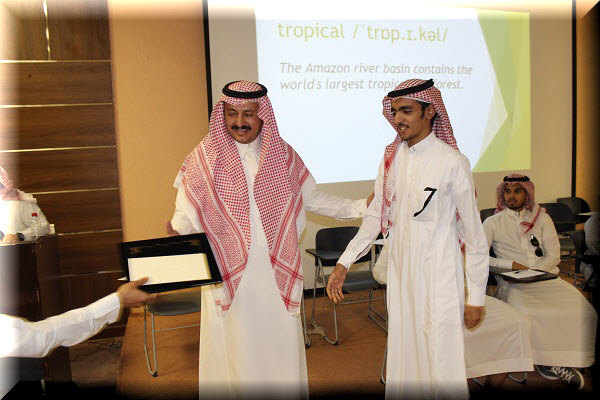 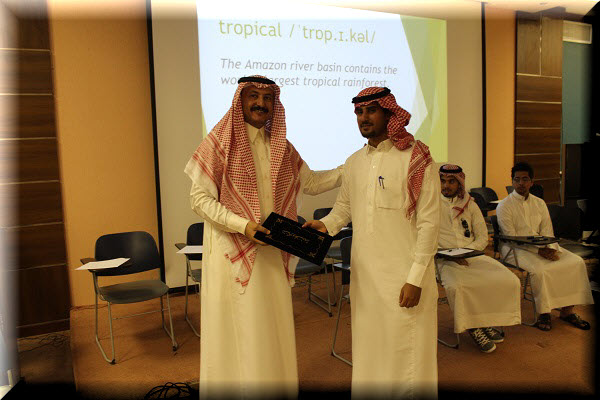 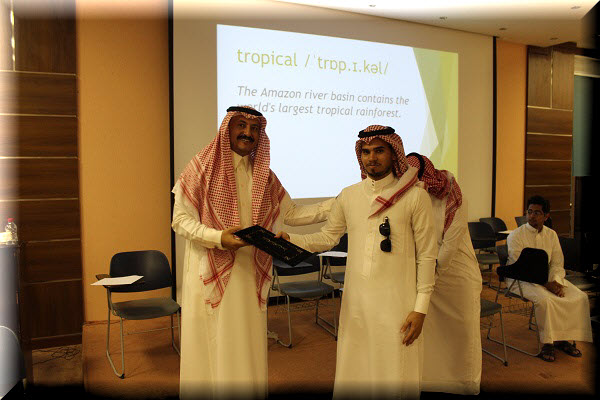 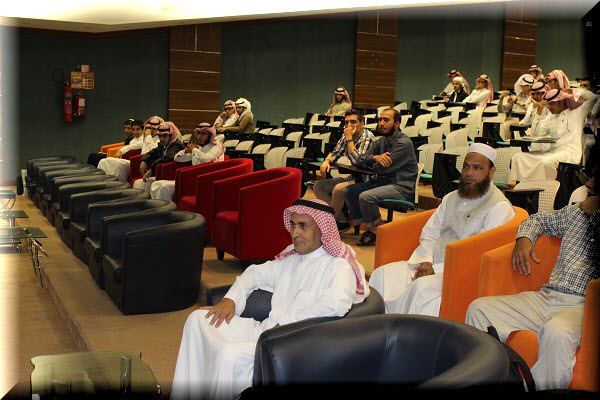 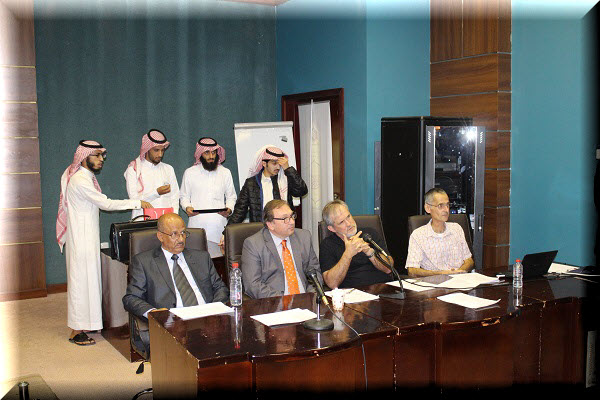 Accreditation Team Celebrates Full NCAAA Accreditation
On Monday, March 28, 2022, the accreditation team celebrated news of the Bachelor of Arts in English Program, one of the leading programs at King Khalid University, being awarded full accreditation for the first time by the Education and Training Evaluation Commission, represented by the National Center for Academic Accreditation and Evaluation (NCAAA) for 7 years beginning in the first quarter of 2022.   The new accomplishment cements BAEP's position as a prestigious language and translation program offering an excellent quality of education centered on preparing students to be future leaders in the fields of English language studies and translation and contributing to the overall development and economic growth of the Kingdom.   "We are grateful to the entire senior leadership team of King Khalid University at the level of the president, vice president, vice rectors, and deanships. Without their support, this achievement would not be possible. We would also like to thank all internal quality consultants, whose dedication to the program and enthusiasm for its success made this possible. Finally, we thank all faculty members and staff who worked together to accomplish this feat. We strive to uphold the highest standards in teaching, learning, research, student support, curricula, learning resources and community service. This is an accomplishment for all of us," said Dr. Abdullah Al-Melhi, Dean of the Faculty of Languages and Translation.   "I want to express my tremendous gratitude to the quality team for their tireless efforts. Working day and night, their efforts have helped us continuously improve our quality assurance system. It was not an easy task for all of us, and now it is time to celebrate," said Vice Dean for Quality and Development, Dr. Abdulrahman Almosa. He then congratulated all faculty and staff and mentioned that BAEP is aligned with Vision 2030 and the Aseer Strategic Plan in that we aim to graduate students who can contribute positively to the national economy and development being witnessed on all levels all across the Kingdom, especially the Asir region.   Date: 3/30/2022 Source: Faculty of Languages and Translation