Summary The IT Department of King Khalid University is pleased to announce the development of ePrints KKU. This new system is a digital research repository that is available to all faculty members in all departments. ePrints KKU will increase our faculty’s exposure in their respective fields and maximize the university’s impact on academia worldwide.  What is ePrints? ePrints KKU is a research repository based on cutting-edge technology. The ePrints system allows university faculty to upload and share their publications for online research and re-use. The original version of ePrints was designed and developed by the School of Electronics and Computer Science at the University of Southampton (SOTON). The latest version of the program (ePrints 3) is a joint development project by SOTON in cooperation with King Khalid University (KKU). Why ePrints? A research repository is part of every advanced university’s critical digital infrastructure. The research repository provides for storage of and easy access to the digital content of the institution. This lowers document distribution barriers, allowing for increased use of the information by faculty and outside researchers. Leading universities worldwide have built robust repositories to improve ranking, quality, and enhance the ability to leverage human capital. See Gibbons (2004). ePrints KKU will showcase our capabilities and increase the university’s participation in the expansion and development of relevant academic fields. Also, ePrints KKU is a critical component of achieving the higher educational goals outlined in the Kingdom’s Vision 2030 national transformation program. In reference to ePrints Dr. Salem Aleyani, CIO, states, "These efforts are for the sake of the homeland in general and for King Khalid University in particular towards achieving Vision 2030." Additionally, Abdulrahman Ibrahim, Software Engineer, asserts that the citation count of articles published by KKU staff will rise, and therefore, the cumulative impact of KKU will increase. The Deanship of Scientific Research further relates that only with complete ePrints cooperation of faculty members, will we be able to meet the National Commission for Academic Accreditation and Assessment (NCAAA) valuation of General Standard 10 (Research) and its subsequent Key Performance Indicators. How Does ePrints Work? ePrints interfaces in conjunction with Google Scholar. Primarily, Google Scholar indexes websites with scholarly articles by utilizing software known as crawlers and includes them in search results. Moreover, an automated software program, "parsers," indexes the bibliographic and reference data of the publications. ePrints is structured in such a way that allows for optimal crawling and indexing by Google Scholar thereby contributing towards extending the range of knowledge sharing (Yeates, 2003). Get Involved We encourage you to visit eprints.kku.edu.sa to upload your previous publications and utilize ePrints for all future endeavors. Please direct any correspondence concerning this specific repository to eprints@kku.edu.sa. Date: 2/1/2017 Contributors: Hassan Costello and Dr. Charles Forman References Gibbons, S. (2004). Establishing an Institutional Repository. Library Technology Reports, 40(4), July-August 2004. Yeates, R. (2003). Over the Horizon: Institutional Repositories. VINE: The Journal of Information and Knowledge Management Systems, 33(2), 96-99.
English
Deanship of Scientific Research
ePrints
Faculty of Languages and Translation
Google Scholar
Key Performance Indicators
KKU IT
NCAAA
Publications
Research
SOTON
Vision 2030

Dr. Abdul Wahed Al Zumor spoke about the improvement of lecture comprehension in content courses in the English department curriculum at a seminar organized by the Language Research Center of King Khalid University held on November 28, 2016. In his presentation, which was titled A Metacognitive and Social Strategy to Improve Content Lecture Comprehension, he highlighted a recently completed research project he had conducted on how content lectures can be made more comprehensible to learners. He first showed the distinction between direct and indirect strategies, the latter of which involves metacognitive and social strategies. He, while pinpointing some fundamental issues related to learning and teaching at the Faculty of Languages and Translation that requires proper investigation, showed student grade statistics, problems associated with comprehending lectures, and challenges involved relating to students’ perspective.  Through his research study, he illustrated remarkable results that showed students’ attitude towards content lectures, problems with teachers and teaching, and learners’ lack of background knowledge. We are proud to announce that Dr. Al Zumor's research has been accepted for publication as a chapter in a book likely to be published soon by Cambridge Scholars Publishing. The session was followed by a very interactive question-answer session. Some of the participants also shared their views on effective lecture comprehension. The seminar was an overall great success.   Date: 11/28/2016 Source: MD Adil
English
NCAAA
Direct Learning Strategies
Indirect Learning Strategies
Metacognitive
Social
Vision 2030
Language Research Center
Cambridge Scholars 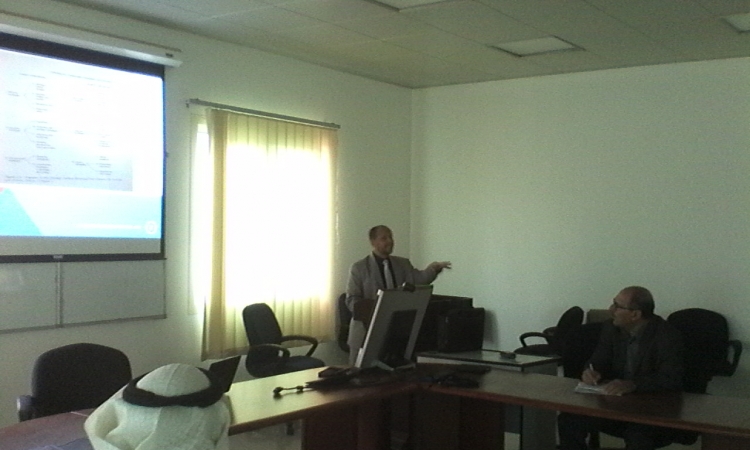 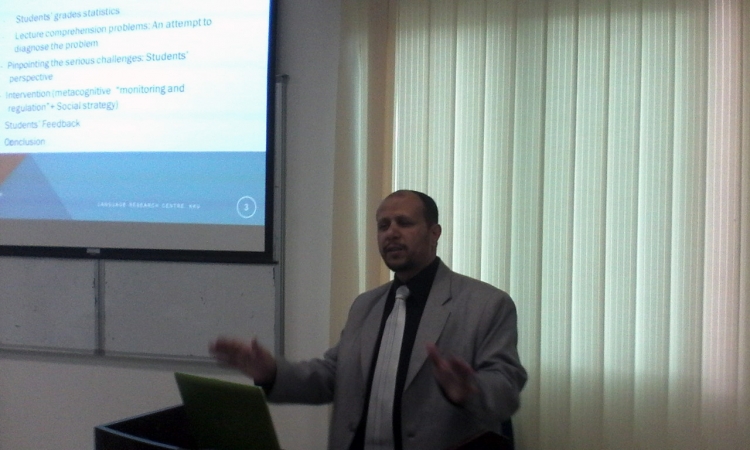 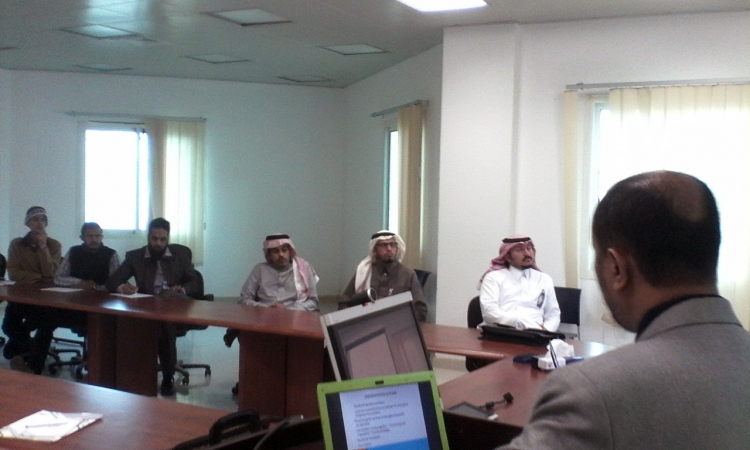 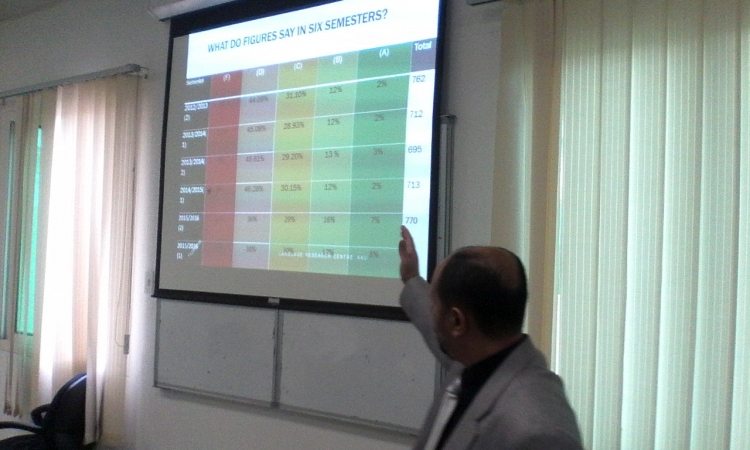 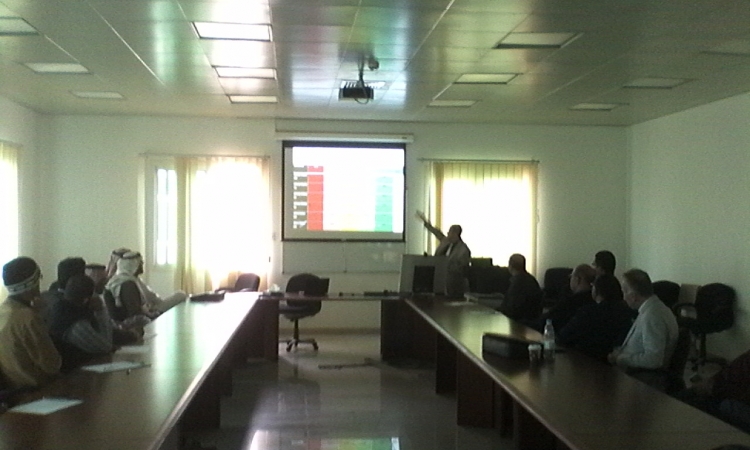 The Community Service and Continuing Education Deanship of King Khalid University has concluded a workshop with the College of Languages and Translation. The workshop was titled "English Language Teaching Difficulties" and was presented to the English teachers of in the Asir region. It is important to note that it was attended by more than 30 male teachers and 25 female teachers.   The symposium was presented by the Dean of the College of Languages and Translation, Dr. Abdullah Al Melhi, Vice Dean, Dr. Ali Alamir, in addition to Dr. Ismail Al Refai, Prof. Al Habib Hussien Abdessalam, Prof. Salim bin Dawood, and Dr. Eyhab Badr Al Din. The participants thanked the College of Languages and Translation for this initiative, and they clarified that they are looking forward to more communication in a way that serves the educational process and teaching the English Language as well.  Date: Fall 2016 Source: King Khalid University, Media Center
English
Community Service
Continuing Education
FLT
Teacher Training
Human Rights
Vision 2030
Mohsin Khan is the 1st Master Reviewer for Quality Matters at King Khalid University. In addition to serving as a QM Online Facilitator, Peer Reviewer, and E-learning Supervisor for the Faculty of Languages and Translation he delivers workshops which detail the methods behind Applying the QM Rubric. Mr. Khan always strives to assist faculty members and has coached numerous faculty members on how to obtain QM certification for their respective course. Mr. Khan has mentioned that “QM enhances the learning environment for students and teachers alike.” Mr. Khan is no stranger to improving the learning environment for students as he has already received an International QM Certification for the ENG 011 Intensive English Course. The Faculty of Languages and Translation is one of the leading colleges at King Khalid University that strives for E-Learning excellence through the Quality Matters program. Date: 11-2-2016 Source: Faculty of Languages and Translation
English
Vision 2030
Quality Matters
QM Rubric
Blackboard 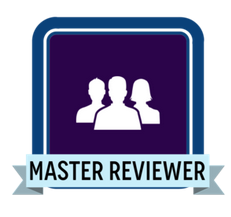 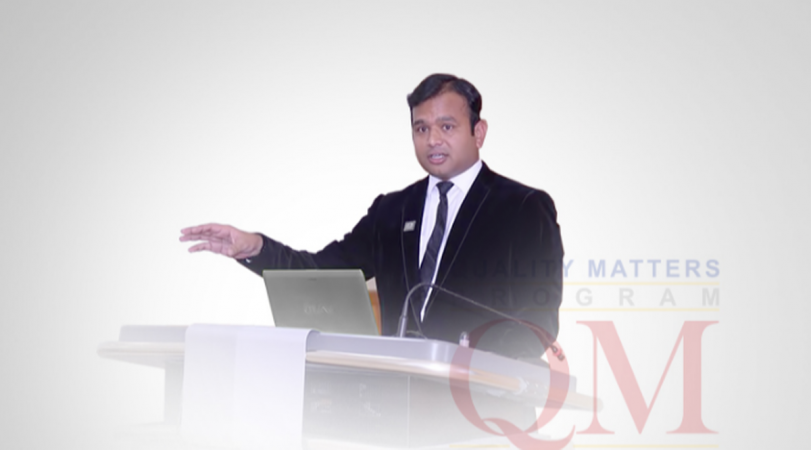 His Excellency, the President of King Khalid University, Professor Abdulrahman bin Hamad Al Dawood, opened the ceremony of the First Scientific Forum. The activities which lasted for two days took place in the central auditoriums at the main campus for men, and at the theater of Sciences for Women in Abha off of King Abdullah Road. President Al-Dawood expressed his gratitude to His Excellency, the Vice President of the Girls' Colleges for adopting the idea of Dr. Sraa Abu Melha, who proposed the event. His Excellency, the President, added that the Forum was the first of its kind in the Kingdom of Saudi Arabia, clarifying further that everyone - the management, the faculties, and the implementing departments - should feel proud of such a forum because it would be of great benefit - God Willing. The President of the Scientific Committee of the Forum, who is the Deputy Dean of High Studies, Dr. Areej Mustafa, used the occasion to reveal that the establishment of the Forum, which brought together a group of scholars, researchers and faculty members in the specialty of English and Computer Science, was coming from the belief of the University administration in the importance of scientific forums, and their roles in development and improvement of the educational process, and from the administration's keenness to advance the scientific levels of research. Dr. Areej stressed further that, the forum was a response to the needs of researchers and faculty members to update their knowledge and to develop their performance by exchanging experiences among themselves, in addition to finding solutions to their problems, and those of the students. Dr. Areej stated that it was a suitable event for each of them to present and discuss what the academics reach in the fields of updating curricula and teaching methods, and the latest teaching strategies, so that they could put forward problems and find appropriate solutions. Dr. Areej continued, saying that the forum was suitable for presenting the successful experiences of the researchers and the faculty members, so as to take advantage of those experiences, and studies, and to apply the appropriate ones in real, in our classrooms. Dr. Areej asserted, “Since the announcement of the Forum, we have seen requests for participation and attendance. The scientific committee has received nearly 70 working papers, submitted by more than 65 researchers affiliated with 17 entities from the University, in addition to the participation of a number of female students under the supervision of their teachers”. She further indicated that the Forum presented 24 researchers from the participants' researchers through four scientific sessions, in addition to six lectures, and nearly 40 papers in the form of scientific posters. The keynote speech was delivered by the Dean of the Faculty of Languages and Translation, Dr. Abdullah Al Melhi, in which he said that the organization of such meetings was the core of their academic university work.  Dr. Al Melhi stressed that the cooperation between the two sides - men and women - was no longer an option, but it had become a necessity in the light of, the same curriculum, and the conditions and obstacles, and in line with the efforts of King Khalid University for its general development and its academic accreditation. Dr. Al Melhi concluded by noting the honor and the commitment of the President of the University, and of all the Vice Presidents, who were a real support to continue research, publishing and holding seminars and meetings. It is worth mentioning that the forum included several areas concerned with recent trends in the development of the English language curriculum. The axes include computer science and information systems, advanced strategies in methods of teaching English, and computer science and information systems. Date: 3/24/2016 Repost: KKU Media Center Multimedia Contribution: KKU Media Center and MD Sirajul Islam
English
First Scientific Forum
First Academic Forum
Research Excellence
Vision 2030
Curriculum Development 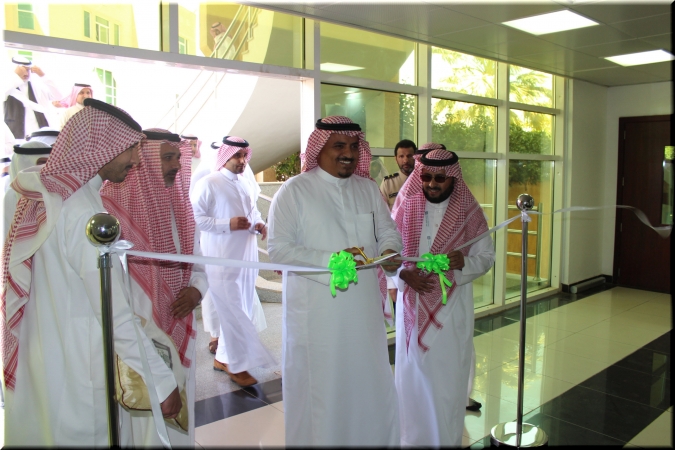 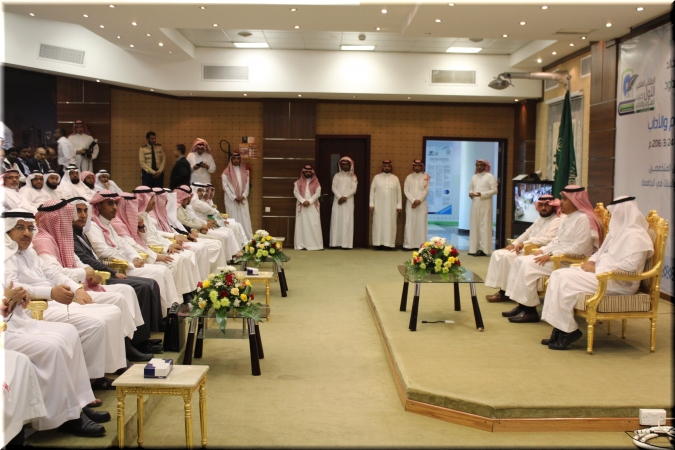 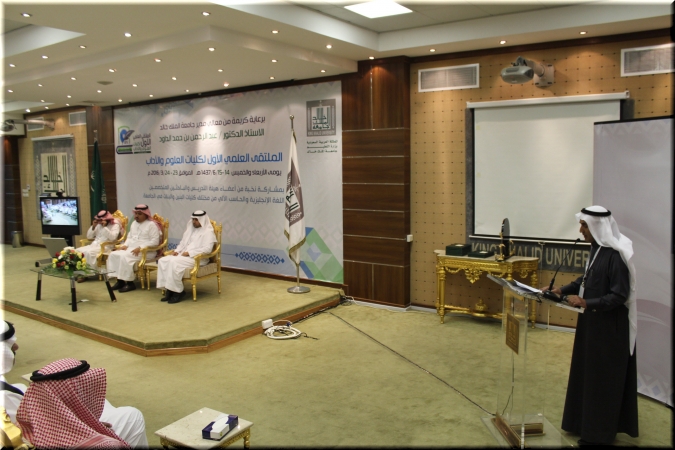 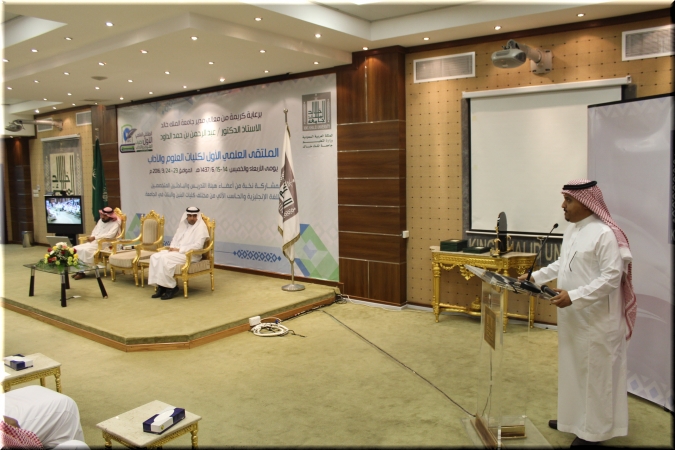 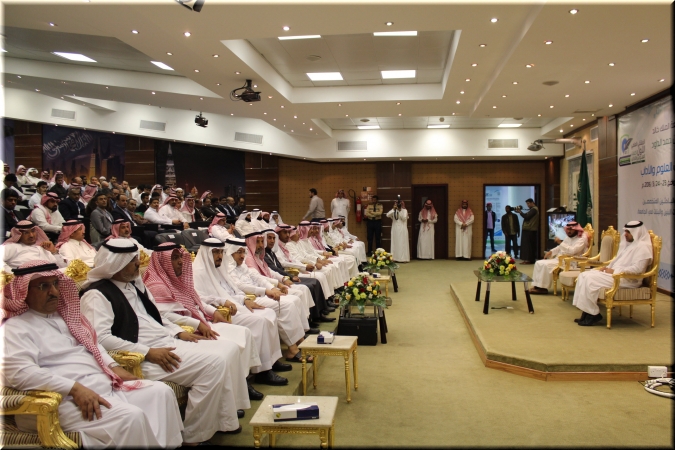 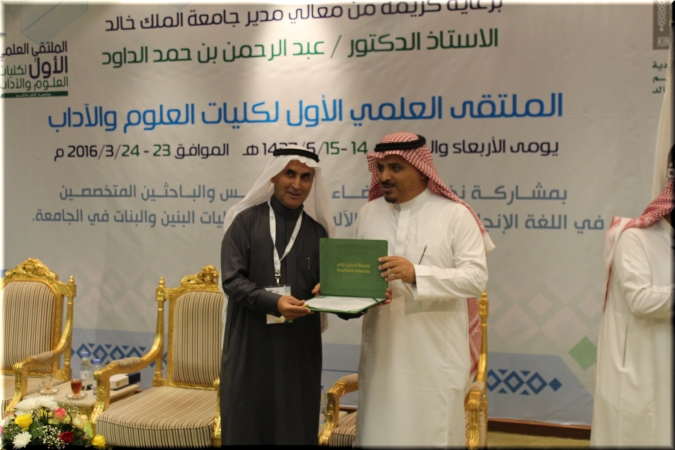 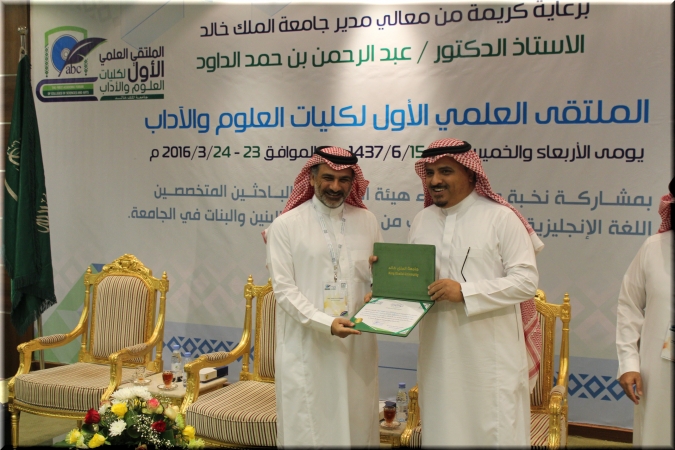 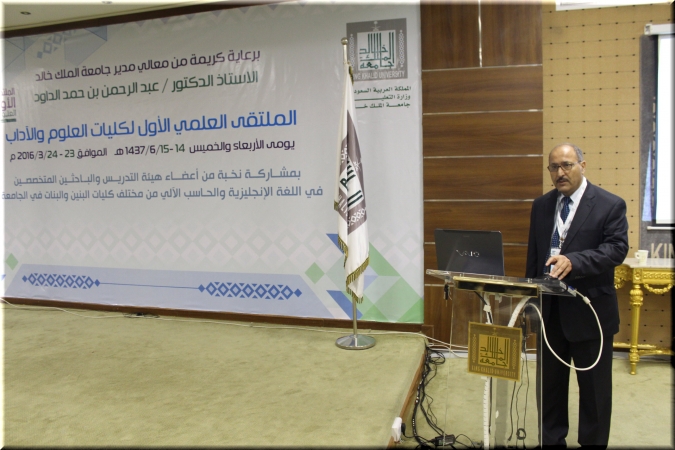 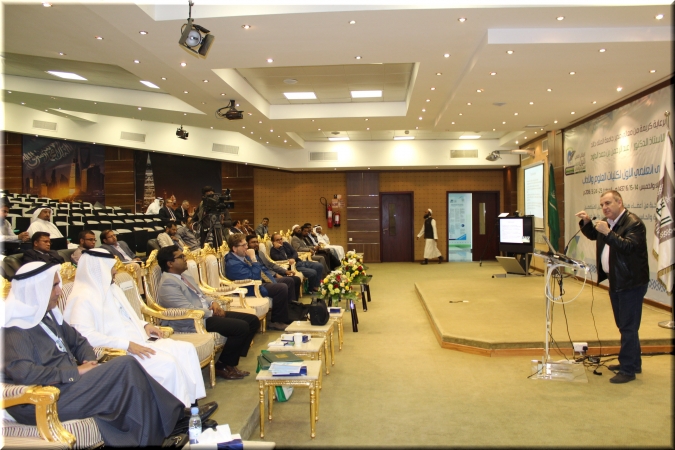